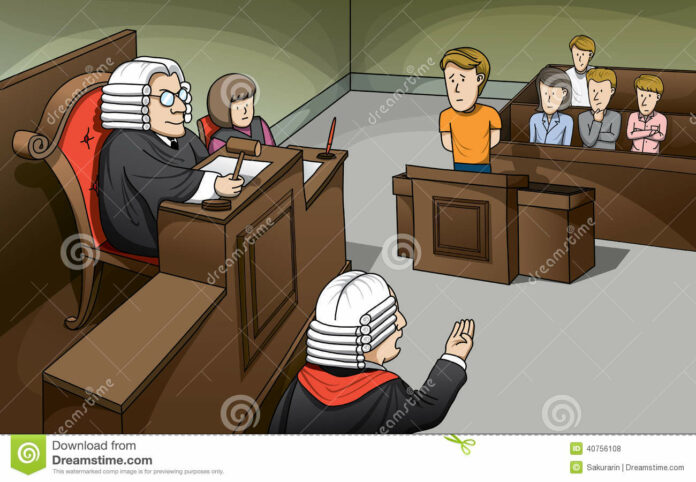 Just less than an hour to the evening of Thursday November 14, 2019, an appellate court, the Court of Appeal, sitting in Abuja ordered a stay of execution of the orders of a Federal High Court, Abuja, made at the closing hours of Wednesday November 13, disqualifying David Lyon, the deputy governorship candidate of the ruling All Progressives Congress, APC, from participating in the Saturday election.

Meanwhile, another Federal High Court sitting in Yenagoa, Capital of Bayelsa state on Thursday November 14 also also threw out the September 4 primary elections of the APC in the state for going against the constitution and guidelines of the party.

INEC is therefore left in a quagmire on which order to obey. However, Sarian Dangosu, INEC Publicity Secretary in Bayelsa State said “the court did not say INEC should stop the election. The court only said those who do not have candidates will be disallowed therefore, the other 43 candidates will go to the polls.”

In an order issued on Wednesday, Justice Inyang Ekwo, of the Federal High Court, Abuja, nullified Lyon’s nomination as the party’s flag bearer in the forthcoming election over failure to field a qualified deputy governorship candidate in the election.

The court order also restricted the APC from fielding any other governorship or deputy governorship candidate for the poll.

He had said Degi-Eremienyo gave false information in relation to his educational qualifications and went ahead to depose to an affidavit to correct the discrepancies.

Out of desperation, the defendants rushed to the Court of Appeal, Abuja and got a stay of execution of the lower court order which disqualified the All Progressives Congress (APC) from participating in Saturday’s Governorship Election.

At the Court of Appeal, the APC Deputy Governorship candidate was represented by Damian Dodo SAN. The Appeal Court granted and made the following orders:

1. That the status quo ante bellum which existed on or before the 19th September, 2019 when the suit was filed be maintained pending the hearing and determination of the Motion on Notice.*

2. An interim order for stay of judgment of the lower court delivered on 12th November, 2019 pending the hearing and determination of the Motion on Notice.

Federal High Court sitting in Yenagoa, on Thursday nullified the governorship primaries that produced Chief David Lyon as the candidate of the All Progressives Congress (APC), for the Nov. 16 poll in the state.

Justice Jane Inyang of the court held that the APC primaries held on September 4 was full of irregularities as it did not followed the guidelines of the party and its constitution.

The suit was filed by one of the APC aspirants in the primary election, Heineken Lokpobiri.

Justice Inyang held that since the primaries was conducted against the rules spelt out in the APC constitution, none of the aspirants should be fielded in the governorship elections.

She therefore restrained INEC from including the APC candidate, Lyon in the Saturday election.

Meanwhile INEC is yet to make an official pronouncement on the quagmire.

The Human Rights-Based A