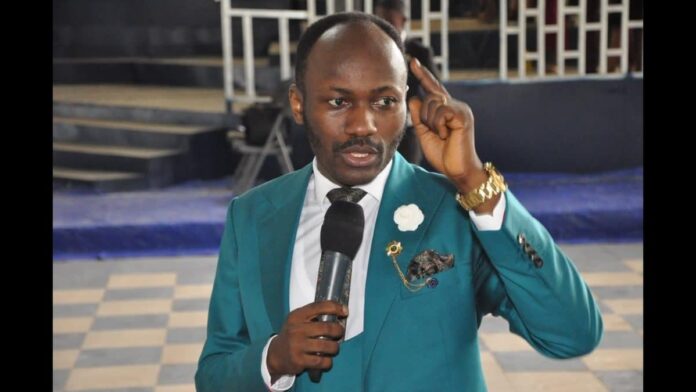 The Christian Association of Nigeria (CAN) has finally reacted to the recent assassination attempt on the life of Apostle Johnson Suleman of the Omega Fire Ministry in Edo State.

Recall that Apostle Suleman’s motorcade was attacked over the weekend in the Auchi area of Edo State leading to the death of seven persons including police officers.

While many stakeholders swiftly condemned the ugly development, the Christian Association and top pastors in the country had kept mum on the matter.

But the President of the association, His Eminence Archbishop Daniel Okoh in a statement in Abuja on Sunday, condemned the attack, demanding a full-scale investigation into the dastardly act.

The CAN president also condemned the killing of Apostle Suleiman’s aides and security agents by the assailants suspected to be assassins, describing the incident as a disturbing one and required immediate action to arrest the situation.

According to him, “The national leadership of the Christian Association of Nigeria, CAN, vehemently condemns in its entirety, the recent assassination attempt on the General Overseer of Omega Fire Ministries, Apostle Johnson Suleman, and the killing of his aides.

“We consider it as a disturbing development and another attempt by evil doers to cause mayhem not only in Edo State, but also in the nation as a whole.

“CAN commiserates with the Omega Fire Ministries International and the family of those who lost their relatives in the ugly incident.”