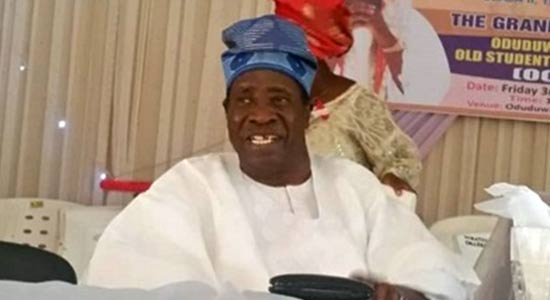 Mr Babalakin, the father of billionaire businessman and lawyer, Wale Babalakin, who was called to the London Bar in the late 1950s, died on Saturday morning.

The late jurist who is also the father of Lawyer and businessman, Wale Babalakin (SAN), retired from the Supreme Court in 1992.

According to the announcement issued by the deceased family, the nonagenarian will be buried at Gbongan in Osun State today at 4 pm

Janaazah Prayers For Him Will Hold Today At Gbongan In Osun State By 4.00 P.M. Inshaa Allaahu.

May Allaahu Be Merciful With His Soul. Aameen.”