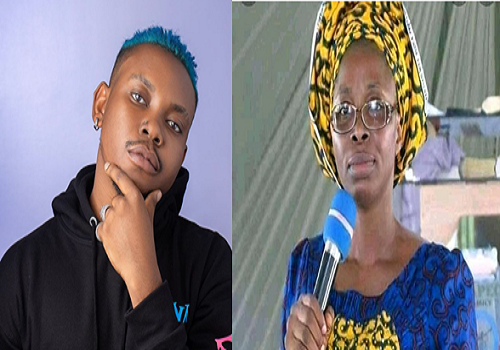 According to a blogger, a source close to the “In My Maserati” singer claimed he is the younger brother of the controversial clergy.

The alleged relationship between the ‘hellfire’ Evangelist and 31-year-old pop star has elicited varying comic reactions from social media users.

kunle__real said: “Hell Faya for you bro… na ur sis talk am oo.”

callmedamy stated: “This is so funny…she go don tire for him matter.”

empresszinah said: “I’m not even surprised because my mom is also a deaconess.”

oke.mensah stated: “Now I agree Nigeria should have a YouTube channel…. The distractions and drama is on another level.”

cobz_mrcruise said: “Hopping in a Maserati is a sin.”

poshberry1 wrote: “We still dey inside the Maserati wey Olakira say make we hop inside.”

nene_george said: “I can see the similarity, they have same nose.”