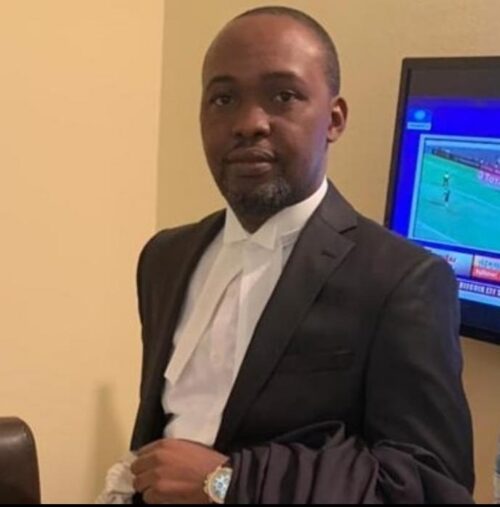 One of the most important event in world history was the French revolution of July 14,1789.According to David Thompson, “it is a paradox that no important people or forces in France of 1789 wanted a revolution”. However we shall examine the causes of the French revolution in the light of the above statement and possible lessons for Nigeria and Nigerian political elites and leaders. By and large France in the middle of the 18th century was faced with many political and socio economic problems. Many of which had its antecedents from decades before 1770s and 1780s. However the French political structure; social class structure, financial crisis and ultimately the inability of Louis XVI and the Estates-general to find solutions and resolve the impending socio economic and political upheavals made the French revolution inevitable.

First the political structure of France has been argued to be one of the remote causes for the outbreak of the French revolution. The French monarchy practiced royal absolutism which led to abuse of power and tyranny compared to some European states. For instance the aftermath of the Glorious revolution of 1688 (also known as bloodless revolution) in Britain made it imperative for the Bill of Rights of 1689 to be enacted. This reduced monarchical power to parliamentary democracy and constitutional monarchy. The failure of the French monarchy to introduce similar reforms worsened the political situation in France. In fact prior to the death of LouisXIV in 1715, he is on record to have said “je suis l’etat, l’etat moi”( I am the state and the state is me).

Secondly the class structure of the French people also accounted for the outbreak of the French revolution. In France the population was about 25m around 1780s. In France there were three classes of people. The first estate numbering about 100,OOO people, comprised the church, clergy men and the King. The second estate was about 300,000 people and it comprised the nobles,aristocrats, privileged minorities etc. The third estate which was about 22-24million people had the largest population and it included professionals, farmers, peasant, serfs, slaves, artisans etc. It was the first and second estates that controlled the larger percentage of the country’s wealth, economy,land and resources paying little or no taxes while the third estates were levied with higher taxes even though they were the poorest and most oppressed class in France during this period. The exploitation of the third estate became increasingly high that the French people within this class lamented painfully.

The influence of emerging philosophers and democratic ideas as to the power of the state and how to govern the people also contributed to the general thinking surrounding the period of the French revolution. The monarchy had consistently retained and promoted monarchical absolutism on the basis of biblical verses Like Romans 13 verses1-2, that authority belongs to them and no one has the right to question constituted authority established by God. However the emergence of new thinking and ideas birthed by the enlightenment period in Europe was challenging these ideas and philosophers like Rousseau, John Locke etc argued that sovereignty belongs to the people and not
the monarchy.

The rise of the middle class within this period was also crucial. The middle class many of whom were children of the poor masses became literate and educated professionals like doctors, lawyers, philosophers, scientists, engineers etc. This class were denied political participation and relevance on the basis that they belonged to the third estate. Thus people like Voltaire( the poet), Denis Diderot( the scientist), Baron Montesquieu( the sociologist), Rousseau( the novelist and philosopher) mobilised the ordinary people in solidarity to fight for reforms in the system. However in spite of this the French monarchy remained adamant to acceding to reforms.

Financially, France was in economically bankrupt during the third quarter of the 18th century as a result of the wars she was involved in. The debt of France was much such that half of her treasury was used to service her debt. In a bid to find a solution to her financial crisis, it was suggested that the first and second estates should pay taxes and this was generally opposed. Similarly there was poor harvest during 1877 and 1878 that really affected farmers and peasants and many French people were unable to afford bread which was the staple food in France. In the midst of this predicament Louis XVI and his wife, Maria Antoinette lived in luxury and lavishly wasted the resources of the state to feed their ostentatious lifestyle. This situation escalated the rising tensions in France.
It is important to mention that the American revolution of 1776 also contributed to the outbreak of the French revolution in two notable ways. One France had supported The United states of America with huge finances in the American war of independence against the British in 1775-1783, this heavily contributed to France’s bankruptcy. Two, with American gaining independence, the idea of fraternity, freedom, liberty, equality etc spread across the globe. In fact many of the French soldiers such as marquis de Lafayette who had fought in the American war of independence championed theproliferation of democratic ideals in France. This galvanised the people remarkably towards equality, freedom and liberty. The failure of the Estate-Generale to reach a conclusion as to how to remove France from many of her problems has been argued to be the immediate cause of the
outbreak of the French revolution. Louis XVI in a bid to find solution to France’s problems
summoned the Estates-General that had not been summoned since 1614. The Estate-Generale was about 1155 people and the third estate had the largest representation. The first and second estate insisted that voting should be done per estate but the third estate insisted that voting should be “one man one vote”. There was a stalemate as the first and second estates disagreed with the third estates on the criteria for voting. Consequently some group of people called “the Patriots”, however gathered somewhere and formed a parallel National Assembly and resolved that until a constitution is made for France, they will not back out. They took an oath in what many scholars have called the “tennis court oath” to strengthen their alliance and commitment.

Unfortunately Louis XVI employed military force to disperse the people. Consequently uprising erupted in different parts of France. More importantly, the storming of the Bastille Prison and releasing of prisoners finally led to the outbreak of the French revolution on July 14, 1789. The failure of the monarchy to address the rising political upheavals in France led to the outbreak of the
French revolutions and subsequently French revolutionary wars, Napoleonic wars, the Vienna Congress in 1815 and the revolutions that broke out in Europe from 1820- 1848.

The rising insecurities of lives and properties in Nigeria, rising ethnic tensions and distrust,
terrorism, kidnapping, real and perceived marginalisation, resource control, structural federalism, the rise in goods and food prices, the rising unemployment index, the perplexing and increasing rate of poverty, public corruption, political instability and abuse of power, nepotism etc are among the many issues that are besetting the country. It is my submission that the political elite class, religious and secular leaders and all well meaning Nigerians both at home and in diaspora should come together to rescue the nation from the socio political imbroglio that have characterised our political narratives and milieu. Like Great Britain in 1688, the government should intervene and make endearing reforms that are capable of dousing the rising tensions in the polity and providing hope to millions of Nigerians in the “third estate” It is my believe that the ability to join hands together in unity and progress regardless of party affiliation or ethnic categorisation or primordial attachments, will help us overcome the many challenges that have besieged us as a nation.We therefore call on all stakeholders, leaders, the political and elite class even the followership to be committed to the unity and progress of this great country, knowing that together we can achieve great things a country.. Nigeria must work for everyone, wether rich or poor; high or low; Igbo or Fulani; majority group or minority group. This is when we can be rest assured that the labour of our heroes past has not been in vain.