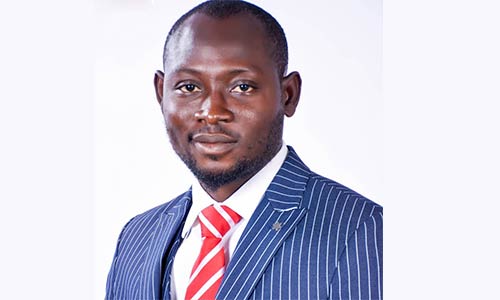 The Arewa Young Lawyers Forum of the Nigerian Bar Association (NBA) has endorsed deacon Dele Adesina, SAN for the position of President In the upcoming NBA elections.

They said when Dele Adesina was a Secretary of NBA under Wole Olanipekun (SAN), he spoke truth to power and fought against harassment of lawyers.

Read the full details below:

The Executive of the Arewa YLF under the leadership of O.D Jimoh Esq., has endorsed Deacon Dele Adesina, SAN for President NBA, 2020-2022.

This took place after a wide consultation with relevant stakeholders, leaders, elders and a profound examination of the pedigree of other candidates for the same position.

It is abundantly clear that we live at a time of unabated disregard for the rule of law and the seeming conspiracy of silence by relevant stakeholders. This has made the unusual to become the usual and has gradually eroded the truth which is worthy of all acceptation namely, lawyers are the conscience of the society.

Indeed, the Executive of the AREWA YLF notes with dismay and concern the increasing and pervasive violation of human rights and, the attendant unwarranted harassment of lawyers across the federation. Unarguably, the capacity of the NBA to decisively deal with the ugly trend has dwindled considerably as successive leadership of the NBA have shown lack of political will to curb the menace. This is antithetical to the position held by the NBA in time past.

Deacon Dele Adesina, SAN was General Secretary under the leadership of Chief Wole Olanikpekun, SAN. That was a period the NBA was known to speak truth to power. One of such times when the NBA took its stand against the harassment and killing of two lawyers was when some lawyers were murdered in Onitsha, Anambra State by some men of the Nigerian Police Force. Deacon Dele Adeshina, as General Secretary of the NBA swiftly intervened by issuing a strong statement on behalf of the NBA and that culminated in a protest with thousands of lawyers in attendance. The protest was led by Dele Adesina SAN. As a result, the then IGP was forced to apologise for the dastardly act of his men and officers and, the culprits in the rank and file were sacked.

Another remarkable incident that tested the courage of the bar was when the then President of the Federal Republic of Nigeria, Chief Olusegun Obasanjo, GCFR took the unpopular decision of relocating the official residence of the Chief Justice of Nigeria, Hon. Justice Muhammed Uwais, GCON (Rtd) for political reasons, the NBA under the leadership of then-President Chief Wole Olanipekun SAN and Deacon Dele Adesina, SAN as General Secretary wrote a strong worded letter to the President on behalf of the NBA and threatened a show down. The resultant effect was that the President had to reverse his decision.

This and many more reasons informed the decision of the Executive of the AREWA YLF to endorse Deacon Dele Adesina, SAN for NBA President.

The NBA at this crucial time in the history of this country needs a leader who is in sync with the vision of its founding fathers. NBA must be seen to rise in defence of the rule of law and violation of rights of its members and members of the public in general. The reason the great Aka Bashorun (of blessed memory) is said to be arguably the best President NBA ever had is because he fearlessly defended the rule of law and made NBA a formidable force to be reckoned with even by the military administration of General Ibrahim Babangida.

No doubt, Deacon Dele Adesina, SAN is a man of integrity and has excellent credentials, profound knowledge of the law and requisite experience far more than other candidates. It is for these and more reasons that we in the Arewa Young Lawyers’ Forum have decided to give him our full support.