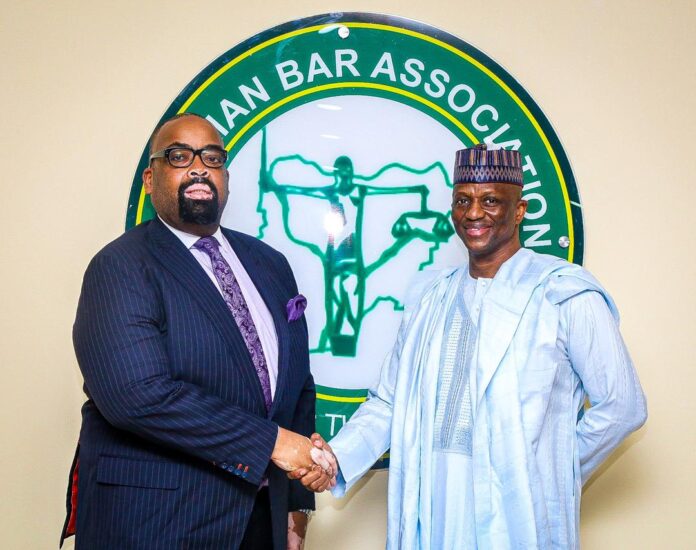 The National Financial Intelligence Unit (“NFIU”) paid a courtesy call on the leadership of the Nigerian Bar Association (“NBA”) on the 17th day of February 2021.

During the course of the engagement, the NFIU team led by its Chief Executive Officer – Mr. Modibbo R. Tukkur, highlighted the critical role of the NBA and its members in fighting corruption, as the nature of their work places them in a privileged position of requesting disclosure of sources of funds, investigation of funds, checkmating money laundering and other corrupt practices.

The NFIU boss also reiterated that NBA’s role as a Self-Regulatory Organization, imposes a moral responsibility on the NBA and her members to ensure that there are ethical rules that modulate their relationship with clients and members of the society at large.

Against the above background, the NFIU team recommended to the Association as follows, that:

I. The NBA sets up a dedicated Self-Regulatory desk officer at the NBA Secretariat.

II. The NBA sets up an Anti-Money Laundering Committee to collaborate with the NFIU on its anti-corruption mandate.

IV. The NBA partners with NFIU at large.

In response, the NBA President pledged the commitment of the NBA to work with existing government agencies in ensuring that legal profession in Nigeria is practised in line with global best practice so that legal practitioners are not seen to be enablers, or facilitators of corrupt practices.

The NBA President, further assured the NFIU of the Association’s desire to collaborate with the Unit, in building the capacity of legal practitioners by educating them on anti-money laundering, investigation of sources of funds, disclosure of origin of illegal funds, etc, in a manner that does not compromise their professional obligations to their clients.