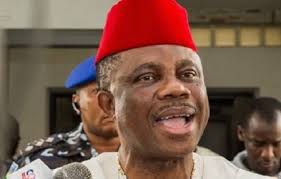 The Anambra Stàte Government on Friday announced the ban on movement of fuel tankers during the daytime.

It said such vehicles can only move at night within the state. The ban followed recent fatal accidents involving trucks carrying petroleum products.

A tanker carrying petrol crashed in Onitsha two weeks ago.

Its contents spilled into the drainage and caught fire, killing at least three persons and destroying shops and goods at the popular Ochanja market in the city.

Another tanker accident happened on Thursday on the Onitsha/Enugu road but the fire service responded quickly and prevented the fuel from igniting.

In a statement by the Commissioner for Information, Don Adinuba, the state government said such vehicles can only be allowed to move within the state from 8 p.m. to 5a.m.

“With effect from Saturday, November 2, 2019, such vehicles can be allowed to move within Anambra State from only 8 p.m. to 5 a.m.

“The restriction is to enable agencies like the Anambra State Fire Service, the Nigeria Police Force, the Federal Road Safety Corps, the Civil Defence, the Anambra Traffic Management Agency and indeed all other security, law enforcement and safety agencies to respond effectively and in good time to emergencies created by such accidents,” the release noted.

The commissioner warned that the police and other security agencies have been directed to “religiously enforce the restriction”.