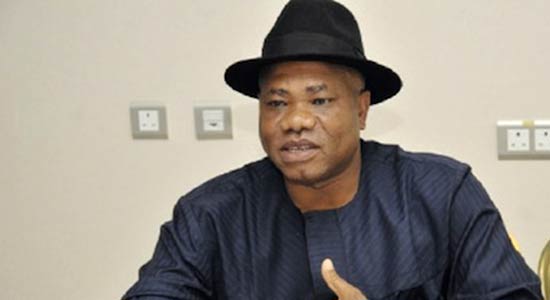 A Federal High in Lagos has summoned the former Secretary of the National Health Insurance Scheme (NHIS), Dr. Olufemi Martins Thomas, who is standing trial for alleged N2.1billion fraud.

Justice Ayokunle Faji made the order following Thomas’ absence at the resumption of proceedings in the case on Thursday.

Thomas is standing trial alongside Kabiru Sidi, a Bureau De Change operator, on an amended seven-count charge bordering on money laundering brought against them by the Economic and Financial Crimes Commission (EFCC).

The matter has suffered several adjournments since March 30, 202,0 when the court dismissed Thomas’ no-case submission and ordered him to open his defence.

At the commencement of proceedings yesterday, Thomas’ counsel Kunle Gbolahan was in court, but the second defendant’s lawyer was not.

An angry EFCC counsel Mr. Ekele Iheanacho, who noted that the day’s proceedings was for the 1st defendant to open his defence, blamed the defence for the several delays in proceedings.

According to the prosecutor, the defendants seemed to always come up with one reason or the other to abort proceedings.

He lamented that he had to travel to and fro Abuja for each court date, accusing the defendants of holding everyone to ransom.

He stated that he would have applied for the revocation of the defendants’ bail, but for the explanation of the counsel to the 1st defendant who approached him in the morning explaining that they were not aware of the day’s trial date.

He threatened to make a formal application for revocation of the defendants’ bail and issuance of bench warrants for their arrest on the next adjourned date of 24th November 2021.

Defending himself, counsel to the 1st defendant apologised to the court for Thomas’ absence, adding that he was only aware of the 24 and 26th November dates and not the day’s proceedings.

Responding, the Judge warned the defendants not to take the court for granted.

He said the court would issue a summons to be served on the defendants for the next hearing date adding that their failure to attend court would leave the court with no other choice than to revoke their bails.

The court directed the prosecutor to serve the defendants with the summons and adjourned till December 3, 2021.