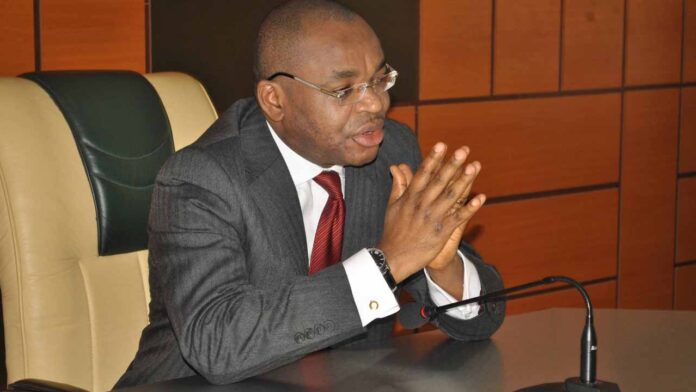 The Governor of Akwa Ibom State, Mr. Udom Emmanuel, has assented to a N456.2 billion budget of Economic reconstruction for 2021 fiscal year, while reassuring that all projects initiated by his administration will be completed.

This follows a N20.5 billion augmentation to the N435.6 billion proposal presented by the governor to the State House of Assembly on 20th of October, 2020 before passage on the 8th of December. This was derived from an addition of N6.1 billion to the proposed N158.4 billion in the recurrent and 14.4 billion to the proposed 226.9 billion in the capital estimates presented by the governor.

The governor gave assent to the appropriation bill in an enlarged Executive Council Meeting today, Thursday, 10th December 2020, at Government House, Uyo, expressing satisfaction with the timeliness in state’s budgetary process in accordance with all World Bank deadlines.

Governor Emmanuel thanked the leadership and members of House of Assembly, especially the House Committee on Appropriation and Finance, Ministries of Finance, Economic Development and the State Budget Office for their hard work to avail the state with the final appropriation bill for 2021 and their cooperation in setting an economic tone for the state.

Stating the commitment of the executive arm of government under his watch to the implementation of the budget, the governor said, “be rest assured that we will implement this budget to the best of our ability and knowledge”.

“I want to thank you and your entire leadership because I’ve seen the sincerity in your heart to join hands so that we can get things done. I also want to use this opportunity to reassure you that as long as this administration is concerned, all our projects will be completed”, Governor Emmanuel said.

Fielding questions with pressmen after the session, the Chairman, House Committee on Appropriation and Finance, Rt. Hon. Uduak Odudoh, said the augmentation became necessary following certain dynamics informed by the post-COVID situation and aftermath of the EndSARS protest.

According to him, there was need to review the proposals presented by heads of some Ministries, Departments and Agencies to accommodate the restoration of AKBC facilities, furnishing of the Traditional Rulers’ complex and other needs stemming from reports of the post-COVID Economic Committee.

The State Attorney General and Commissioner for Justice, Mr. Uwemedimo Nwoko, SAN, affirmed that the content of the bill represented the interest of the state and lauded the compliance of the governor and the legislature with the provisions of section 100(1) and (4) of the 1999 constitution as amended.