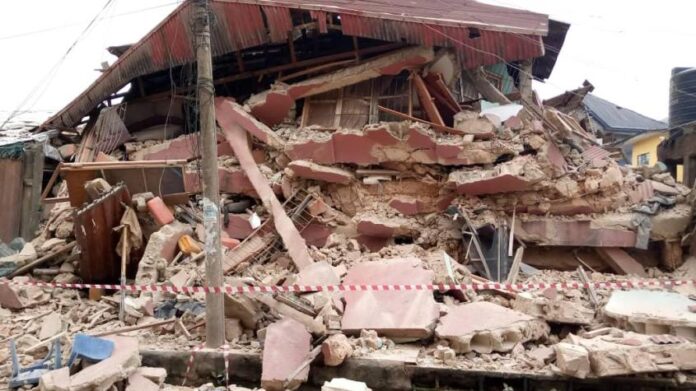 The incident, according to an eyewitness, happened at 12 noon amid rainstorm.

However men of the Lagos State Emergency Management Agency, LASEMA, and Lagos State Rescue and Fire Service, have arrived the scene on rescue victims mission.