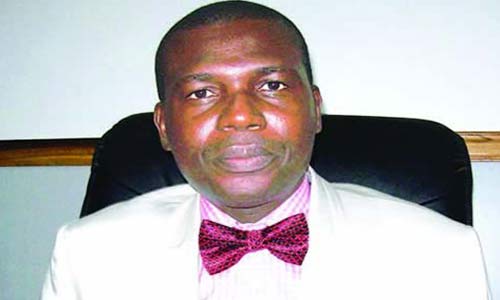 Ebun-olu Adegboruwa, a senior advocate of Nigeria (SAN), says the presidency cannot fault Rotimi Akeredolu, governor of Ondo, for ordering herders to vacate the forest reserves in the state.
Akeredolu, who said the decision was taken as a result of rising insecurity in the state, added that “bad elements have turned the forest reserves into hideouts for keeping victims of kidnapping, negotiating for ransom and carrying out other criminal activities”.

Reacting to the governor’s order, Garba Shehu, presidential spokesman, said the order cannot stand because it is a violation of the constitution which gives citizens the right to choose where they wish to reside.

In an interview with The PUNCH, Adegboruwa said the presidency misinterpreted the constitution.

“I salute the courage of the governor. He displayed rare statesmanship and courage. I think it is a lesson for all governors to take hold of their territory and safeguard the lives and properties of people,” he said.

“While it is herdsmen in the south, it is foreigners in the north. All of us are suffering.

“I backed the governor 100 per cent because the constitution, in Section 14 (2), makes the security and welfare of the people the primary essence of governance. Any governor that cannot guarantee the lives and properties of the people does not deserve to be in office.

“The constitution that the presidency is referring to is being misconceived and misinterpreted. Section 43 which grants people the right to own properties anywhere in Nigeria, cannot be construed as taking other people’s properties.

“Your right to acquire properties is that you acquire according to law and follow due process. When you get to a forest, it rather belongs to an individual, a community, or government.

“So, if you want to come to occupy a forest as a stranger, you must obtain the consent of any of the owers. You are a trespasser and any of them can activate a process to forfeit your trespass. This is what the governor has done by giving notice.

“What the law requires is seven days to forfeit the occupation of a place occupied illegally. It is the presidency that is not conversant with the laws of our land, not Akeredolu.

“Section 44 of our constitution is against the compulsory takeover of lands. Let the presidency read the constitution properly. What the herders are doing is a forceful takeover of people’s land which is unconstitutional.”