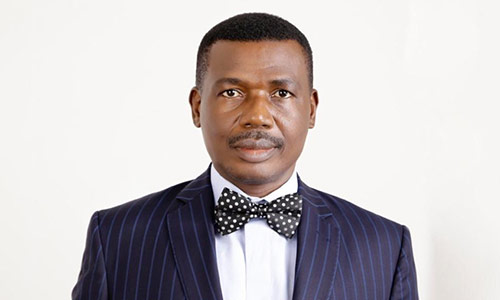 According to Schlosberg David in his article ‘Defining Environmental Justice: Theories, Movements, and Nature’, environmental justice is the “equitable distribution of environmental risks and benefits, fair and meaningful participation in environmental decision-making; recognition of community ways of life, local knowledge, and cultural difference; and the capability of communities and individuals to function and flourish in society.” (2007, Oxford University Press).

Environmental justice entails the just use of the environment in a manner that sustains the present generations, without compromising the environment for the unborn generation. This aligns with the United Nations Sustainable Development Goals (SDG), adopted by World Leaders in September 2015. In the preamble to the 2030 Agenda for a safe environment, the world leaders affirmed thus:

“Determined to protect the planet from degradation, including through sustainable consumption and production, sustainably managing its natural resources and taking urgent action on climate change, so that it can support the needs of the present and future generations.”

In Nigeria, examples abound on how we have wreaked injustice on the environment, through acts of environmental degradation and wanton pollution. Oil bearing communities of the Niger-Delta continue to suffer from environmental degradation, gas-flaring continues unabated, while the inhabitants of those regions whose environment and source of livelihood are impaired, are left to continue to wallow in penury and under-development. Developmental Commissions such as the NDDC set up to address these issues, have become the ATMs for political jobbers and their “godsons”, who are claiming to be doing “Godswill”, through sharing of palliatives to themselves, and where called to account, resort to fainting in the hallowed Chambers of the National Assembly, whilst the penury of the Niger Delta communities continues unabated.

Popularized by his masterpiece ‘Political Justice’ written in 1793, Godwin Williams, a former minister in Europe, envisions a political cum economic society which discourages “accumulated property”, as a source of power over others and a society in which people would give and take according to their needs. In the Nigerian context, political justice would mean enthronement of egalitarianism, rule of law, protection of fundamental rights of citizens, free, fair and credible elections, promoting the culture of free speech and the right to dissent with government policies through peaceful protest and distribution of the wealth of the nation in a just manner.

Distinguished ladies and gentlemen and noble colleagues, there is no gainsaying the fact that there is a loud cry for justice in Nigeria. These cries cut across all segments of society and extend to age, demography, religious, regional and political divides. For the average man on the street, justice is when he can afford 3 square meals, put his children in good schools, enjoy good health care and live in a safe society, devoid of oppression and harassment by instruments of State. For the pensioner, justice is that he gets his due upon retirement, without going through the hurdles of endless filling of forms and verifications and dying before accessing his pension. For the Nigerian youth, justice is that the government provides an enabling environment with constant power supply, cheap internet facilities, affordable public schools and healthcare, to enable them explore their world, devoid of harassment by security agencies and official bullies of the State. For the lawyer, justice is the right to practice his trade without harassment, not going to court and the courts are not sitting, an incorruptible judiciary etc.

For the people of North East, justice is the ability to live a peaceful life without the fear of Boko haram and other bandits, for the people in Kaduna, it is the right to freedom of worship, to the Niger-Deltans, it is the right to control their resources and pay tax to the Federal Government, like it is being attempted by the Zamfara Gold control. For the people of the South West, justice is their ability to develop at their own pace, to flourish in their cocoa farming devoid of the fear of herdsmen and other bandits and to render professional services in a professional way. Pitiably, we are all victims of injustice in the land. Though Nigeria seems to practice democracy, it comes forth more like a dictatorship where persons entrusted with government positions, have perfected the acts of wanton looting of the common patrimony. An injustice to the extent that Senators in Nigeria according to The Guardian of September 4, 2020, earn an accumulated annual income of N372,000,000.00 (Three Hundred and Seventy-Two Million Naira) annually, which is broken down to one million naira per day, in the form of salaries, running costs and constituency allowances for projects which are usually not executed. The Governors are not left out in this injustice on the Nigerian people, as they continue to receive unimaginable pensions and collect huge security votes, whereas insecurities fester, university lecturers are not being paid their meagre salaries and our students are made to stay at home for over a year on an issue as simple as IPPIS. There is indeed a loud cry for justice in the land! It is either democracy has not wrought justice in Nigeria, or justice has not been embedded in the practice of democracy.

THE CAUSE OF INJUSTICE

The reasons for the seeming injustice in the Nigerian democracy are not far-fetched. We shall attempt to highlight a few and proffer some solutions thereby:

Constitutional making in a democratic setting must be a process involving the people, which should come into fruition after a robust debate. Nigeria has continued to make use of a Constitution whose foundation is faulty. A government by force is not a government that can give a Constitution, which ought to be a product of consensus building. It has been re-echoed for the umpteenth time, that the preamble to the 1999 Constitution is a lie. For lawyers, you cannot put something on nothing and expect it to stand. The military is incompetent to produce a democratic document such as the Constitution. The people of a country must come together and decide how they want to live and relate, especially in a multi-plural society like Nigeria.

Annexed together by Sir Lord Lugard in 1914, the different parts of what is now known as Nigeria, has not translated to a nation after so many years of living together. Fueled by ethnic, religious, cultural and socio-political differences, usually paraded by the ruling elite, most Nigerians have continued to hold on to their ethnic cleavages, when the issue of Nigeria is on the front burner. The Federal System which was contrived for a long time by the military has continued to haunt the Nation, especially as it relates to sharing of natural resources, public appointments, an over-bloated federal government and a host of other issues. So many concerned Nigerians have continually called for restructuring, though the government seems adamant, for reasons one cannot imagine. The effect of this is the over-heated politics of the Federal Government, nepotism and corruption.

On June 12, 2019 Nigerians led by the government of the day, rolled out the drums to celebrate the heroic and democratic success, recorded by Nigerians on June 12, 1993, where the electorates of Nigeria freely elected MKO Abiola, as President, which was later annulled by Gen. Ibrahim Babangida. It would seem that the elections being conducted by successive governments are a betrayal of the ideals of June 12 in many respects. There cannot be justice in the democratic space, where the citizens who are constitutionally empowered to hire and fire leaders, are denied the opportunity to exercise their sovereignty clearly stated under the Constitution in section 14 (2) thus: “sovereignty belongs to the people of Nigeria from whom government through this Constitution derives all its powers and authority”.

The columnist Ejike earlier referred to in this paper, paints the sad picture of the electoral process in Nigeria thus:

“During the process of election or “selection”, money is injected into an identified party to be used to induce a hungry electorate. Once the electorate or the “ordinary” Nigerian does not appear very loyal and may collect money and yet vote against the cabals or godfathers either at federal or state levels, thugs who are now part of our own democratic system will be unleashed. Security operatives paid by tax payers’ labour operating under some “celestial” instructions mostly unwritten and undocumented abdicate their responsibility to the thugs who run berserk to the see that rigging – a very important aspect of our democratic process prevails.

In Nigeria, a person seeking election does not need to be qualified, experienced or educated for the position. The person must be ready to satisfy godfathers who sponsored the entire election. Half of the money spent in politicking in Nigeria is borrowed from political Shylocks – they will come for their pound of flesh even after receiving the full payment of money invested, get all the contracts, put stooges in powerful positions – however inept they are. These shylocks have left most politicians elected into government at all levels and spend their entire tenure paying “protection fee” from public funds.”

There cannot be any democracy that can advance and enthrone justice with the gory picture of the electoral process painted above.

A major bane that has clogged the enthronement of justice in the democratic space in Nigeria, is the avalanche of incompetent persons within the corridors of power, as they would say. The principle nemo dat quod non habet holds sway in this regard. Do we really expect a person who does not understand the nuances of democracy, who does not understand that in a democracy, it is the government that should fear the people and not the other way round, that in a democracy, persons who are aggrieved with the system can dissent with government, even via protest, without being hounded by instruments of state and tagged terrorists, to lead the people right? The answer of course is a capital NO.

Former US President Barack Obama in his address to the Ghanian Parliament as part of his maiden visit to that country stated thus: “No person wants to live in a society where the rule of law gives way to the rule of brutality and bribery. That is not democracy, that is tyranny, and now is the time for it to end. Africa doesn’t need strongmen, it needs strong institutions.” The Nigerian society has not taken advantage of the instrumentality of law to build enough capacity in the institutions to deliver on their mandates and this has created a lot of inconsistency in governance. The judicial arm of government is key in this regard. The judiciary must not be perceived as apron strings of the executive which is always willing to do the bidding of the government and in some cases, “conniving” with the ruling elite against the Nigerian people.