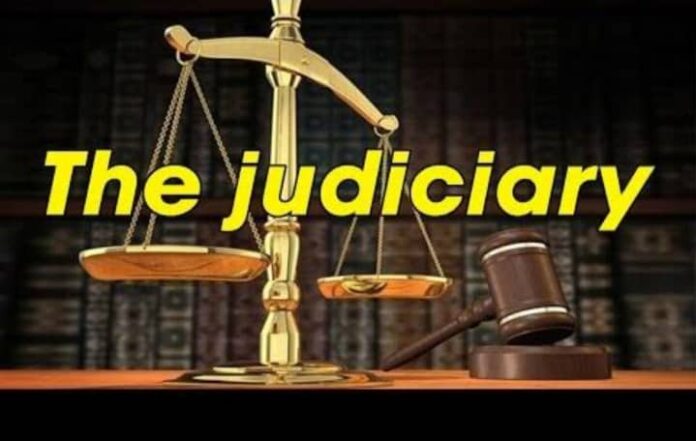 The Court of law as the temple of justice is meant to be serene, secured and well maintained. All the basic necessities to ensure the smooth running of Courts ought to be provided by the Government. Those who man these Courts in the same vein must also be respected and well taken care of by the Government.

However, in Akwa Ibom State, the story is different; The Judiciary system has deteriorated due to neglect by the State Government and it is now a shadow of its self.

Most of the High Courts and Magistrate Courts have not been connected to the national grid for electricity power supply by the State Government. They are only powered by generators. Notable among them are the buildings housing Itu Division of the High Court and Magistrate Court. Even though the next Village (Mbak Atai village) which is just a few meters away is connected to the national grid and enjoys power supply.

The Court Staff are always seen going to photocopy/typeset court processes in the neighboring village. To be honest, if you need your work to be done quickly in Itu Division, it is advisable you go with your own generator.

Surprisingly, Itu Division happens to be the Judicial Division of Honourable Justice Ntong Ntong, undisputably one of the best High Court Judges in the State.

The Story is not also different in other Judicial Divisions in the State. It is a well known fact that most of these Judicial Divisions share the same premises with the Magistrate Courts, so when it affects the High Court, it also affects the Magistrate Court. A great majority of Judges go to Courts with their personal generators. I once sighted the orderly and driver of one of the Judges removing a generator from the boot of My Lord’s vehicle. Though they did not see me, I shook my head and ran back into the Court hall. I believe they would have given me a hot chase for seeing what I was not supposed to see.

Last week, precisely 29th July, 2021, One of the High Court Judges embarked on a visit to the locus in quo and to my utmost surprise, My Lord’s police orderly sat in front and two Court Staff who sat alongside My Lord in the back seat squeezed him at the back of the same vehicle, a small Toyota Avensis saloon car which was given to My Lord when he was appointed a High Court Judge in 2014 under the Administration of Senator Godswill Akpabio, the immediate past Executive Governor of Akwa Ibom State. This clearly shows that My Lord has been using the same vehicle to go to court almost every week day and also use the same vehicle to conduct visits to locus in quo in interior villages for the past seven (7) years without any spare vehicle apart from their private vehicles. The issue of private vehicles only apply to those who have them.

Most of the High Courts in Akwa Ibom State have no functional Staff buses which was very common in the past.

It is in this same Akwa Ibom State that Magistrates who were appointed more than fifteen (15) months ago are yet to be given official vehicles as a result of this some of them use tricycles popularly known as “Keke napep” to court. Do they still conduct visits to locus in quo with Keke napeps? These question cries for an answer please.

The Court buildings are dilapidated and are seriously begging the State Government for immediate attention.

With the selfless, pragmatic and hard-working newly sworn in Chief Judge of Akwa Ibom State, Honourable Justice Ekaette Obot, we are optimistic that the plight of the judges and staff of the Judiciary as well as the comprehensive report of the dilapidated state of the Judiciary buildings will be taken to the doorsteps of the Governor whom I believe has not been aware of the above.

I believe that the Nigerian Bar Association which is the watchdog of the Bar, Bench and the entire profession is supposed to lead the campaign for the reformation of the Judiciary as a whole in Nigeria; as the Judges are voiceless due to the ethics of their practice. Judicial officers are suffering in silence and this by extension is really affecting the administration of justice in the nation. They are often tempted to transfer the aggression on innocent lawyers especially the young lawyers who appear in their Courts.

I most respectfully call on the State Governor, His Excellency, Mr. Udom Emmanuel to kindly extend the olive branch of his Administration to the Judicial Arm of the State Government.