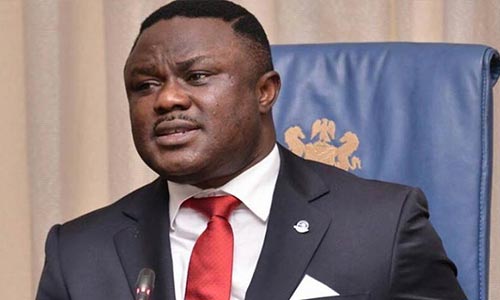 He gave the charge when the new Resident Electoral Commissioner in the state, Alalibo Sinikiem Johnson, visited him Tuesday at his office in Calabar.

The governor on his part gave assurance that there will be a peaceful atmosphere for the 2023 elections in the state.

The governor said, “I hereby give you commitment that we will guarantee you free and safe elections; we also call on the Independent National Electoral Commission (INEC) to please honour its pledge too so that we can have free, fair, credible, reliable and dependable elections.

“Government is not going to in any way influence your process, but we want to say that we are available and willing to support you at all times that INEC will require our services.”

Ayade said he believes that given the REC’s track records and integrity, he had no doubt he would deliver.

He also commended the INEC Chairman, Professor Mahmood Yakubu who he said has distinguished himself.

“Never before have we had an INEC Chairman who has enjoyed the mutual trust from both the ruling party and the opposition parties.

“He is not subject to any inducement, he is subject to the God that he serves and l want to say that his name would go down in history as one of the very best INEC Chairmen that we have ever had.”

Earlier in his speech, Johnson harped on the need for a conducive atmosphere, saying that it is what is needed for free and fair elections to thrive.

“There is no way we can conduct a free and fair election without security. We call on you to use your good offices to ensure that we have peace in the state. Peace in the sense that people can move freely to vote for candidates of their choice, and also, we at the back end of INEC can do our job without intimidation,” Johnson said.