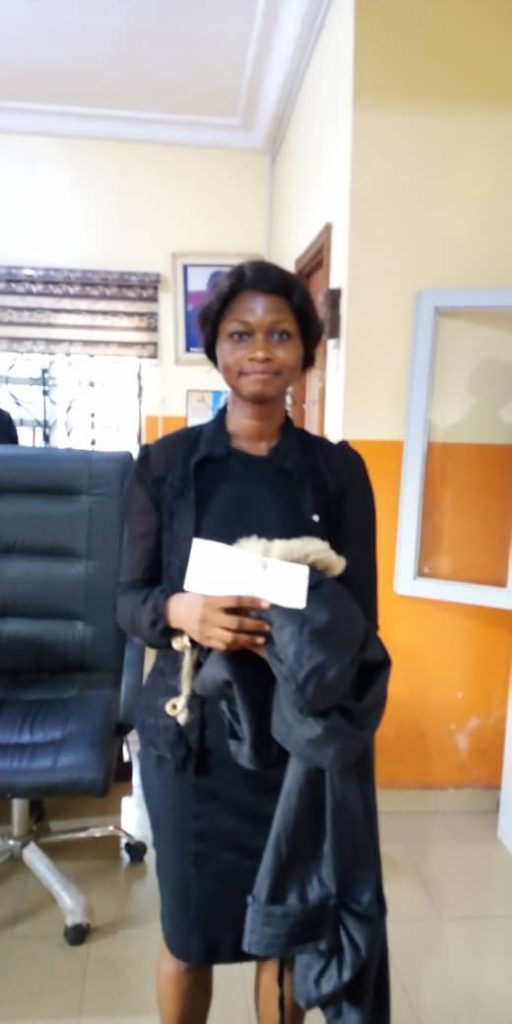 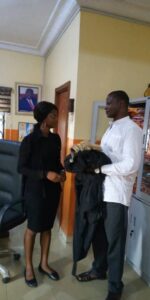 It was a moment of euphora for Esther Osaivbie Osawaru , a 19-Year- Old 200 Level Law Student of the university of Benin , as she was awarded the first Douglas Ogbankwa Law Students’ Award for Academic Exellence which was endowed by a Popular Benin Based Legal Practitioner- Olayiwola Afolabi esq. Popularly known as the Otunba of the Benin Bar. 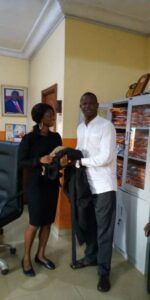 He enjoined the receipiant to work hard in order for her to attain recipient stellar heights attained by Douglas Ogbankwa as the Public Secretary of the NBA Benin Branch. In her response, the recipient expressed her happiness of meeting the very popular Lawyer- Olayiwola Afolabi Esq., through the instrumentality of getting the subject award. She thanked Douglas Ogbankwa Esq for initiating the award and prayed God to bless the givers of the prices attached to the Award ,which included a wig and gown and a cheque of an undisclosed amount.